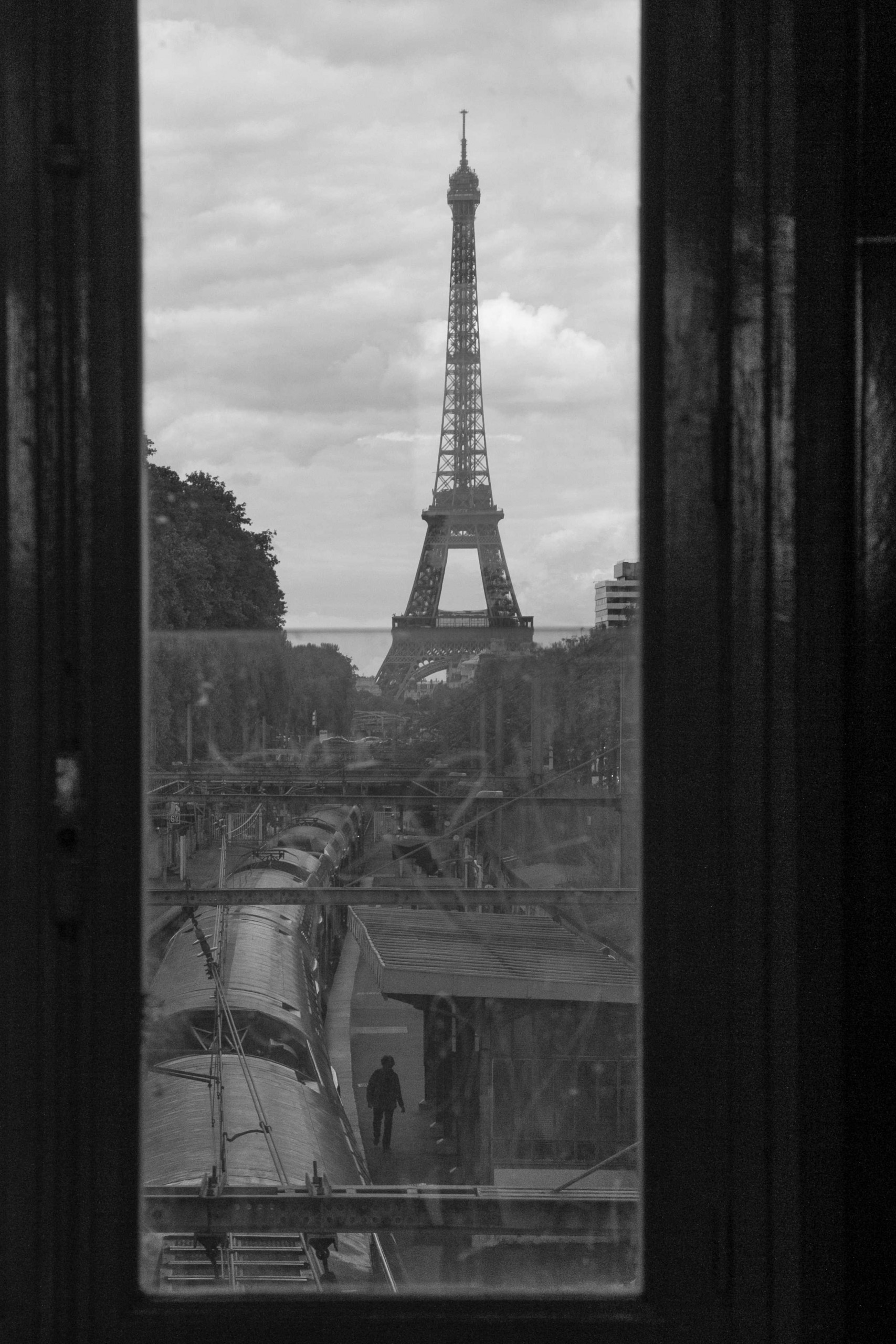 I always wanted to visit Paris when it is warm because I got tired of traveling wearing heavy jackets all the time for the past few years. My choice fell on the last week of May. To save money renting an apartment in Paris, I asked my friend Alexei to join me. We got to know each other in a social network where we were chatting online from time to time. We spent a lot of time talking about photography, and this is how we became friends. I taught Alexei how to take pictures, I also did weekly reviews of his ever-growing portfolio. I found out that he was quite fluent in English. It was useful when you were travelling abroad. So it was obvious that we could help each other. Alexei was really happy about the opportunity to get a live master class from me. As for me, a person who communicates with gestures travellling abroad, I didnt have to do it anymore, because I had Alexei with me. That’s how our tourist group of two was made up.

My plans to enjoy warm spring days in Paris were going to fail. The weather forecast wasn’t promising, but I was optimistic, and full of the romance of our impending adventure! I had to repack my suitcase, stuffing more jackets instead of my lovely summer dresses. If I had known that all my wishes would come true, I wouldn’t have been so upset.

So here we were in Paris, walking up and down on gorgeous stairs of Montmartre, enjoying life. We got to the legendary restaurant Le Lapin Agile (agile hare). It two storey building was loved by French bohemia in the 20s. When I was looking at the restaurant’s logo, where the hare was jumping out of the pot, I thought to myself, “I wish someone could share a tale about this place!” Out of the blue, a group of tourists appeared near Le Lapin Agile with a fancy-looking guide throwing gestures at the restaurant. By miracle, my dream came true, and he began telling stories about this unique place. Well, lucky us! We listened to a wonderful tale about the past for free!

Next, we went to St. Martin canal. It is a local custom to sit there by the water and to anjoy a glass of wine, and delicous pastry, and to chat. It can get a bit crowded there by the evening, so you’d better take some place to sit. We decided to grab some wine and croissants and do as locals. As I said before, the weather wasn’t warm enough to sit on the bank, so we were looking for any free bench, and there wasn’t any at sight. I thought to myself, “I wish there were a free bench waiting for us in the sun.” As we were walking along the canal, Alexei spotted four benches, and all of them were occupied, but there’s also the fifth one, and it was free, and it was the only one bathing in the sun. Just like I wanted it.

A few days ago, before our trip, I saw a beautiful picture on a website about photography. The picture had a curvy railroad going to the far end of the frame and right where the railroad ended stood a tiny tower. It was my beloved Eiffel tower. The author of this photograph wrote how the shot was taken, and where he took it. Unfortunately, whether it was lost in translation or for any other reason, I could not find this shooting location and I decided not to worry about it.

Alexei and I visited a wonderful park Citroen, which is famous for an attraction where you can ride an air balloon. Then we had a long walk around the city. And as we were passing a road, I saw that we were near a railroad station. Something promted me, this was the place I was looking for. We came closer, and I almost cried with joy, I saw that railroad from the picture! Sadly, we could not get to the same point of view as it was in the picture, because you had to pass through the gate.

To tell you the truth, I wanted “to shoot” the world with my eyes, and not with my camera. I was really enjoying myself, while I was picturing beautiful things with my eyes, making everlasting impression in my mind. Alexei was running wild with his camera, shooting stuff non-stop. From time to time he would come up to me and show me his pictures, that I just “shot” with my eyes. It was magical and amusing.

This trip to Paris made up our creative union. And we are still working together as family photographers. And I have to thank Paris for that, the place where miracles do happen.

Here’s a photograph Alexei took near this railroad I was telling you about, my dear reader. It wasn’t the same photograph I saw it on the internet, but it has the same feel. He did it with his Canon 60D camera and used 24-105 f4 lens, which is good in any situation, especially if you are a street photographer. He set the aperture at 8, so he would get a sharp image all around, ISO 800 to get more details in shadows, and set the shutter speed accordingly at 1/1000. For editing, I used my favorite Rockshutter’s Silvercore collection of presets, which are simply amazing. These presets are always helpful in creating a memorable photo series of any kind.